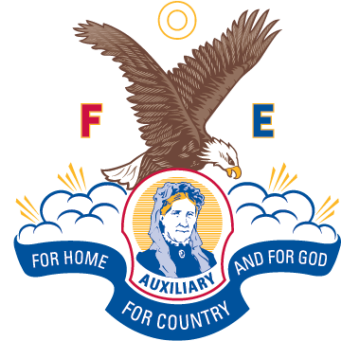 History of the Auxiliary

A “new era for the women of Eagledom” began when an amendment to the Grand Aerie Laws to establish a Grand Auxiliary passed unanimously at the 1951 Grand Aerie Convention in Rochester, New York. Eagle Auxiliaries had existed before the Grand Auxiliary was formed, the first being founded on March 24, 1927 in Pittsburg, Kansas. Three days later, a second Auxiliary was established in Frontenac, Kansas. By March 1951, 965 local Auxiliaries were in existence, totaling 130,000 members. By the end of that year, 22 state and provincial Auxiliaries were also operating.